Since writing this earlier post “Why the Facebook Group my Students Created for Themselves is Better Than the Discussion Forum I Created For Them”  a number of other advantages have surfaced.

The ability to “Like” a post makes it possible for students to contribute to a discussion, without necessarily having to compose a significant new thought or question.  It lowers the participation threshold.  As a result the level of participation increases.  (see image below)

Logging into my “official” discussion board, requires a student to enter a URL (or click on a bookmark), then type in a username and password.  While that is not prohibitively cumbersome, it’s certainly a few extra steps that you have to deliberately take to visit the discussion.  Compare that to a Facebook Group, where students are generally already logged in to Facebook anyway, so visiting the Facebook Group, requires (effectively) no log in. 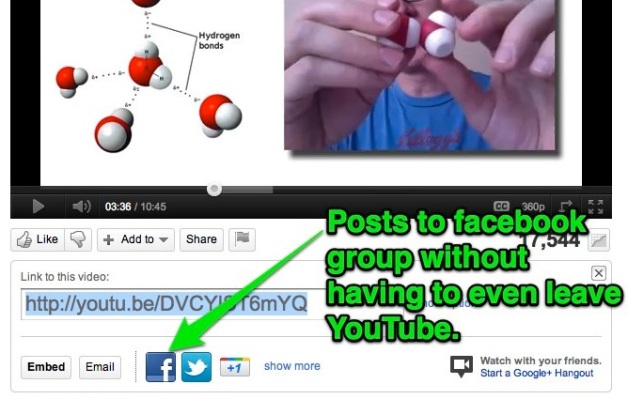 Our school-based discussion board was visited regularly by some of the most academic and enthusiastic students but only occasionally by others.  The Facebook Group is quite different.  It’s visited regularly, even by students who rarely visited my school discussion board. The reason for this is quite obvious.  Less academically inclined students are often the ones who spend the most time of an evening socialising on Facebook!  When they see that little red notification flag appear – they are just one click away from reading and ‘liking’ what they read.

Even for students with a smart phone (about 65% of them now) visiting our old discussion forum is not only fiddly -but uses mobile data – which, depending on the student’s mobile phone plan, can be expensive.  But many pre-paid mobile phone plans include free Facebook and Twitter access.  That makes our Facebook Group  very accessible via mobile phone. (not to mention that the Facebook iPhone app is quite slick).

The biggest downside of a Facebook Group compared to a more traditional old-school discussion board, is that in most schools Facebook is blocked on the school network.  This is less of an impediment to students than one might expect as most VCE students now have a smartphone (assuming phones are not also banned) so can thereby step around the school’s network when it gets in the way of their learning. ; )